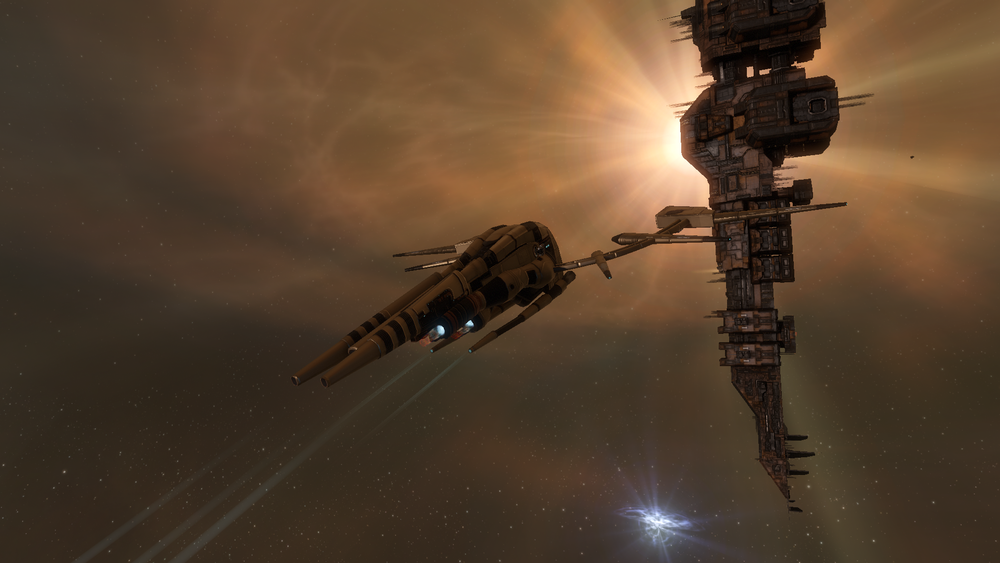 It had been a busy day and Bob provided me with the just the right distraction to take my mind off it. I was relaxing and reading a few things when at 0024:

Chaim Achasse and I were both available although I was conveniently placed in Zoohen, two jumps from Heorah, the beginning of the chain in. I headed out and seven minutes after Aldar Roanaok located the system I was there with Chaim hot on my heels. With three of us in we started checking routes. Chaim and Aldar both had some things to look after so I contacted the pilot and started scanning.

I opened a channel to the pilot and I confirmed they were in a dreadnought so we needed Very Large holes all the way out. C5 rescues rarely give a known space exit without having to work for it and that doubles when it’s a capital ship. While I scanned I chatted with the pilot and he asked if we could bring some supplies in since he had a mobile depot. I contacted Angel Lafisques and they went to work figuring out how to get 1000m3+ of gear through a frigate hole as we needed a capital sized MicroWarpdrive. That would give us the option to roll holes if we couldn’t find a reasonable route easily.

While Angel worked his way out of the wormhole he was in and headed for Jita I continued to scan. By 0249 I decided Bob was messing with us. I had scanned down a large tree of connections and the only exits we had for a capital were five jumps out, eol, AND mass critical. On top of that they both apparently had Goons on the other side. They likely had moved a fleet through or were moving supplies for their war.

In the meantime Angel had bought the supplies in a Sunesis that she fitted for cargo. While she was on the way to our high sec entrance it collapsed so I had to find another entrance for her. Fortunately got another high sec and by 0342 or so Angel was transferring an MWD, cloak, probes, probe launcher, and fireworks to our pilot. She then headed out again to swap the Sunesis for a Pacifier. It as getting late at this point and we had no routes so decided to call it until the next day.

The next day our pilot wasn’t available however we kept scanning and maintaining known space routes for our pilots. Aldar had been rolled out the night before so I went about finding a route for him. Diving down a long chain I reached known space, and headed back. I immediately noted the route had been destabilized and started moving fast. One system away I miss-clicked and ended up going back one system. Waiting for the polarization timer to expire I watched two luxury yachts collapse the hole. Now I was rolled out.

That night Angel got to work and found us another route in. I brought both my main and my friend, Thera Gaze, back just to be sure. It’s very nerve wracking on a big SAR to be down to two pilots in system. As Angel also brought a friend we were up to five, plus we left a note for Aldar about the current route. Our pilot was not available so we called it a night.

Friday dawned and Chaim had time to dive into scanning and at 1639 EVE he found a VL route of three jumps and out to null sec. Our pilot wanted to bring a cyno friend to the target system so we provided the info and waited for the friend to make it over. That worked out well as it meant everything came together right when I had time.

We formed a fleet and Chaim headed for the first system in the route to make sure it was clear. Things were clear in the start system so our pilot logged in and warped to me. A few minutes later he was on the hole, Naglfar’s are sloooooow. We splashed through and I warped on to the next wormhole while Chaim checked the next system.

Some long warps and we had him into null sec. As he had found he didn’t have any fuel to jump I quickly made an unaligned safe for him and he warped to me and parked. I wished him well and headed back for the safety of Anoikis.