The rescue from J1REDACTED was anything but routine. The call came in on 26 November, and was picked up by 911 Operator Shaya Cholmondeley. A Naglfar was adrift in an active C6, and hostiles had already killed his scanning frigate. Shaya tried to guide the Nag pilot to the rescue cache in the system, but the hapless pilot was forced to log out before he was able to locate the cache. Shaya opened a SAR request, kicking it to the Search and Rescue Coordinator Team.

A day later, a different system with a lost capital (J2REDACTED) was located. Emre D Lafisques (no relation to yours truly) and Igaze were scanning the surrounding systems when Emre found himself in J1REDACTED – our Naglfar was located! As an aside, when we thought we located his system, our excited Nag pilot logged in, and was rapidly scanned down. He cloaked up, but came within 2.4 km of a Tungu that was hunting him, but was eventually able to log out safely.

So, with two capital rescues in action, Captain Crinkle and I jumped online to race to the newly located system. By the time we got to the connecting system, the original connection was rolled, and when Emre went to scout the new connection he was rolled out. We reopened the request, and stood down, adrenaline still racing.

A few days later on 2 December, Pod Person entered J1REDACTED and our lost Nag was found again! We asked him to hold tight while we got backup to the system. In real life, I was finishing up orchestra practice for an upcoming Christmas program, and sped home when it was over. Chaim Achasse and Captain Crinkle were already in the chain, and I got online about 45 minutes after the call came in. We all made it there to find a mass-critical, bubbled hole, but we slipped through, hopefully unnoticed by the locals. Captain Crinkle roused DaydreamBeliever from a relaxing evening, and she slipped in as well.

Then, the waiting game began. The locals exhibited excellent hole control, and as soon as wormholes popped, they pushed new ones to mass critical with a rolling Phoenix, then frequently bubbled the hole and their structures.

We caught a good break when a roaming frigate-sized hole to a C2 opened up, and Chaim and I brought in alts. By this time, we had decided that we were just going to have to deal with a mass-critical hole, so our plan was to send scouts through, then send the capital through the hole, which would collapse it behind us. We needed enough pilots in the system that we could send a good-sized scouting party through without worrying about leaving our Nag behind with no scout if something went wrong.

The locals seemed to be from a German corp, but still seemed to have players online most hours of the day. We saw them spool up fleets of 10+ Nestors with Damnation support one day, and their Phoenix was always out rolling holes. A roaming connection to a C2 opened up which looked promising, but it was rolled shut before we were able to use it.

Finally, I logged in on 5 December at about 0400 Eve to an empty system. The new C5 static had just spawned, and Chaim was already online, scouting the C5. It seemed like a good option: it had a very large static connection to nullsec, which happened to be to a quiet system that day. I checked and rechecked the numerous Astrahuses and the Fortizer, and they remained empty. We made the call – it was time to move. We had a list of about 6 alts, so I started opening up private convos, and found one of our client’s alts online. We explained the situation, rechecked the structures and dscanned the entire system, and the Nag pilot logged in. After that it was a breeze. We rechecked each wormhole and warped through, and slipped out without incident. When we hit kspace I locked him up quickly for a firework, but he was anxious to move so we didn’t stick around.

The story didn’t quite end there. I logged into my second pilot back in J1REDACTED, and headed out of the system. Right as I entered the C5, the rolling Phoenix followed me, and I watched him roll the hole from dscan distance. Finally, the wormhole blinked out, and the Phoenix was stuck in the C5 with me. I think moving our capital through the wormhole must have messed up the math for his rolling calculations, and the Phoenix rolled himself out. Oops.

I didn’t stick around – I wanted our other pilots still in J1REDACTED to be able to find a safe exit, so I stayed quiet and headed to Thera.

All in a day’s work for a Signal Cartel pilot. 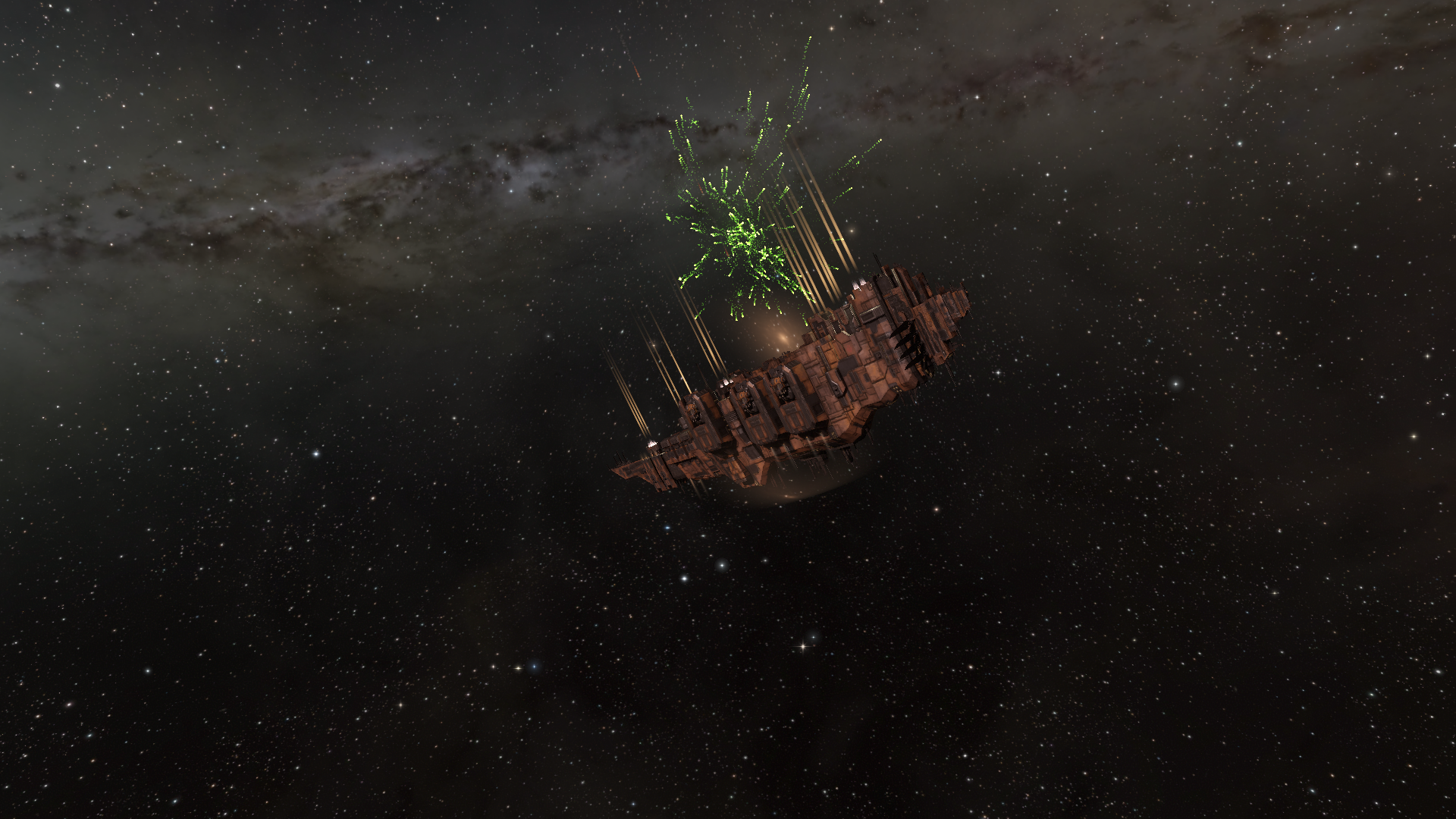